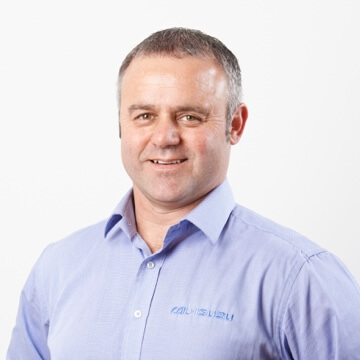 Shane is based in Whangarei, covering CAL>Isuzu truck sales from Puhoi to Cape Reinga and providing customers with fast, local and professional response times. Shane is a very loyal, local product of Northland. He was born in Te Kopuru, and raised and educated in Dargaville before relocating to live and work in Whangarei. Having travelled the Northland area extensively through both previous and current sales roles, as well as high-level Northland rugby commitments, this has enabled Shane to gain a great understanding of the geographical area and people, forming excellent relationships within both the rural and commercial communities.

Shane has three decades of heavy transport experience with excellent national contacts, great knowledge of products, suppliers, regulations and rules and understands how important the heavy transport industry is in keeping the nation moving.

In his spare time, and weather permitting, Shane can be found with his partner out in his boat exploring the Northland coast. 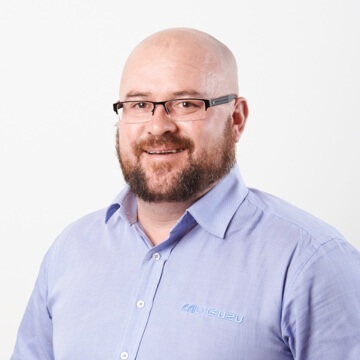 With a background in automotive mechanics, Peter moved into truck parts mid-2000 and ended up spending over 7 years at TDM. From TDM, Peter moved into Parts departments at Universal Diesel, Vernon & Vazey and Truck Stops and TCL in mid-2011.

When CAL>ISUZU took over TCL, Peter moved into Truck Sales as he terms it – joining the “Gentlemen’s Club”.

When the sun goes down, you will likely find Peter enjoying a meal, a beer and a bit of a banter with family and friends or fellow members of the GM Car club. 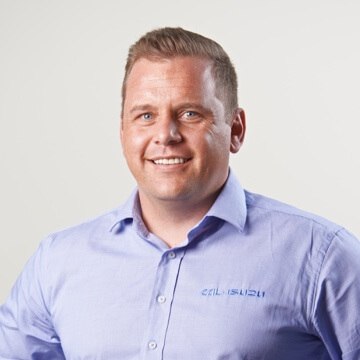 Werner was pretty much born into the truck industry “Being the fourth generation in the industry it’s hard to imagine I’d be doing anything different”, and 17 years later he still loves everything about the industry and working in what he calls a “hands-on-can-do environment”.

The trucking industry has been a great match for Werner’s approach and his achievements. Before joining the CAL team this included advancing from Sales Consultant to GM overseeing the operations of a leading brand in South-Africa. Now that he has joined the CAL>ISUZU team, his wealth of experience in everything from truck sales to logistics management is being put to great use helping our customers.

Werner’s approach to customer service is largely inspired by his belief that our customers are what drive us to succeed. As he puts it, “since joining CAL>ISUZU the most rewarding part has been the exposure to like-minded colleagues, who display a similar passion for service excellence”.

In his time away from work Werner can be found Sports fishing or ripping it up on his enduro Motorcycle. 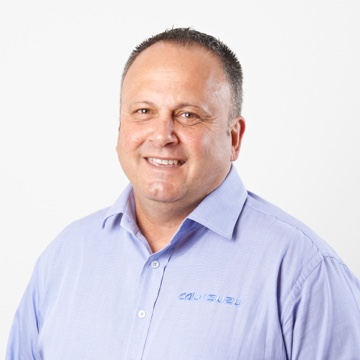 I have diesel in my blood.

Since he left school, Richard has worked in trucking. From parts, to driving and everything in between – “it was the family business”, and as he says “ it’s all I’ve ever done because I love it”.

“The trucking game teaches you the importance of teamwork, hard work and above all – loyalty”. These are themes that run through Richard’s life and career, from his family life with his wife, three children and 2 Grandchildren, to his other great love – Rugby League in general, and the mighty Papakura Sea Eagles in particular.

As well as being a loyal fan of the Warriors since 1995 (he’s even been to both their grand finals), the Papakura Sea Eagles have been part of Richard’s life – from playing in the Juniors all the way through to the Seniors, followed by 3 years coaching.

These days, when not working or spending time with the growing family, Richard is involved with Counties Touch, where he has been involved with coaching and managing at junior and senior levels for the last 7 years.

“What I bring to CAL is a positive attitude and many years’ experience, plus I believe I’m a good team player”.  We know he is. 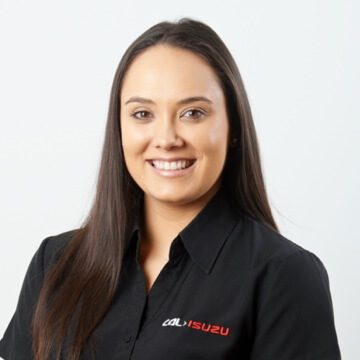 Jess comes from a strong background in Logistics and Key Account Management.

Originally from the Coromandel, she’s never one to shy away from getting her hands dirty and loves a good challenge-which she has been met with joining the Transport/Heavy Automotive Industry.

Jess started with CAL in Aucklands New Truck Processing Department and quickly learned the ropes of what goes into getting our trucks road-ready from behind the scenes. From there she branched over into Sales Support to start learning the front end of the process.

Jess comes from a successful sporting family so in her spare time you can find her surrounded by something sport-related or relaxing with friends at the beach. However, if you can’t find her then she’s managed to drag her Husband back to Rarotonga to visit family and friends. 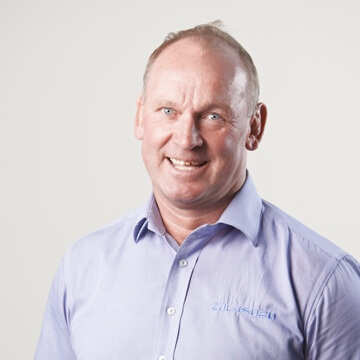 Pat Coleman has been in the transport industry since the day he left school. He started off as fleet serviceman at Vulcan tyres and then went into partnership forming a very successful new tyre shop called Speedy Lube and Tyre. As the desire to change occupation grew, he sold the tyre shop and bought a small truck sales firm called United Truck. After five years the decision was made to sell to Ashok at Commercial Autos Ltd, where a very good friendship began. A keen sportsman who enjoys rugby and diving especially, he has been selling trucks for more than twenty years and says the highlight is meeting with customers and making lifelong friendships. 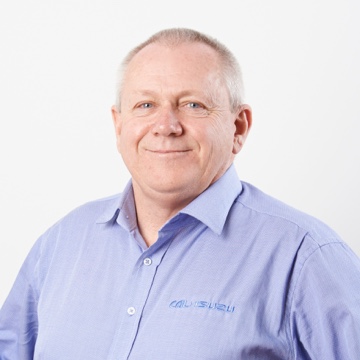 With more than 37 years in the automotive industry, Ian has the experience to be able to put himself in your shoes (or cab).  Starting at 17, Ian began as a driver’s assistant and as soon as he was old enough to get his heavy traffic license, he spent the following 10 years driving, and then a further 14 years as an owner-driver for a large freight company.

After 24 years on the road he began using that experience to sell trucks, and after 13 years working for a major Japanese brand, in his own words –  “I have moved to NZ’s number one selling brand to open the next chapter in my career”.

Married with two daughters, Ian is a keen fisherman, a sometime golfer who enjoys rugby and watching any sport with a V8 involved – whether on land or water. 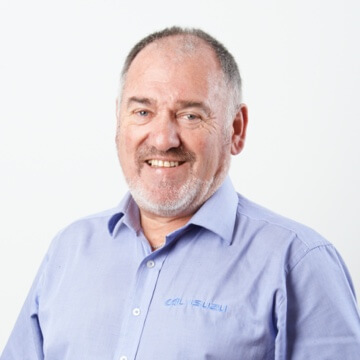 With 2 million kilometres and more than a few kegs under his belt, Gary is the perfect man to help you get the right truck for your needs.

Starting out in the mid-eighties as an owner driver delivering  Keg Beer  for Lion Breweries, over the next 20 years Gary put in more than 2million kilometres driving everything from concrete to curtainsiders, local to Linehaul.

Gary has been selling trucks for the pass 12yrs & returns to CAL>Isuzu with a wealth of experience that makes him the perfect partner to work with you to put together the best  spec, including overseeing the design and build, for your business. As Gary says “My objective is to deliver to you a truck that I am personally proud of”

Gary lives in Cambridge where you will find him working on his large section, when he’s not fishing or at “the best kept secret in New Zealand” – The Walton Golf Club. 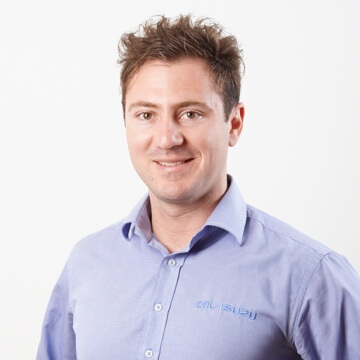 Having driven trucks from the day he left school it’s safe to say that heavy transport is in Mitch’s blood.

Previously being employed by both Fonterra and McFall Fuels, Mitch has worked as a driver and a supervisor, over the years trucking has become a passion for him.

Mitch is as keen on motorsport as he is on trucks and when he’s not at work, can be found competing in rallies at a competitive level