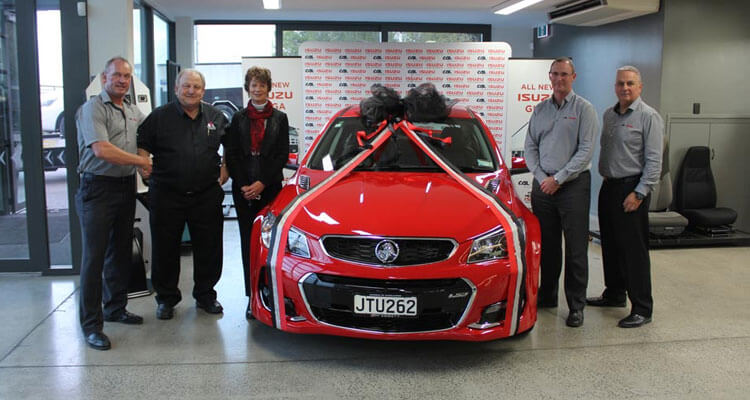 The team at CAL>ISUZU Hamilton were delighted to hand over the keys, open a bottle of bubbly and celebrate with Robin and Colleen Ratcliffe of MTE Group, when they were announced as winners of a sparkling new, red Holden Commodore. The win came courtesy of the recently concluded, ISUZU New Zealand ‘Win Some Extra Wheels’ promotion.

The MTE Group have been a longstanding client of Ashok and the team at CAL> ISUZU Hamilton and as Dealer Principal, Ralph Blackburn commented when handing over the keys to Robin and Colleen, “it is great to see Modern Transport rewarded for the large volume of trucks they have purchased from CAL>ISUZU in recent years”. So, amongst a gallery of invited guests, a very pleasant afternoon was shared by all.